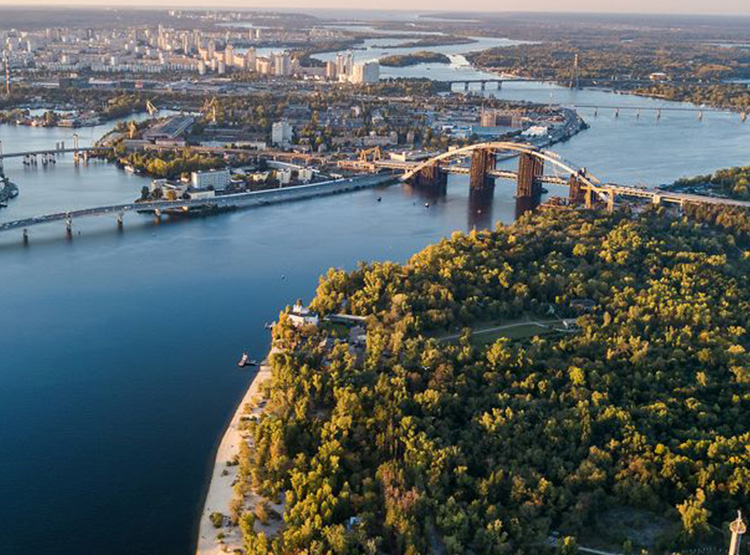 Immerse yourself in the fascinating history and culture of Ukraine on a Dnieper River cruise. Most itineraries travel between Kiev, the capital, and Odessa, a large seaport on the Black Sea.

Top attractions in Kiev include the Monastery of Caves -- a complex of churches, cathedrals and bell towers erected by monks in the 11th century -- and the domed St. Sophia Cathedral. Among the highlights of elegant Odessa are the Italian baroque opera house, the broad promenade known as Primorsky Boulevard, and the Potemkin Steps, a set of 192 stairs that director Sergei Eisenstein used for a riveting scene in his 1925 silent epic "Battleship Potemkin."

Witness an impressive show of Cossack horsemanship in Zaporozhye, the ancestral home of the Cossacks. The Russian Black Sea Fleet is based in Sevastopol, where you can visit St. Vladimir Cathedral and Admiral Nakhimov Square. Bakhchisarai, a Tatar settlement, is famed for its 16th-century Khan Palace. In Yalta, excursions head to the White Palace, the former summer retreat of the Russian tsars and site of the 1945 Yalta Conference attended by Roosevelt, Churchill and Stalin.

All the day-to-day travel details are handled for you by experienced tour directors. Sightseeing guides share the local history and culture of each stop along the way. Plus, these trips are easy to budget, as so much is included in one price that you pay up front.