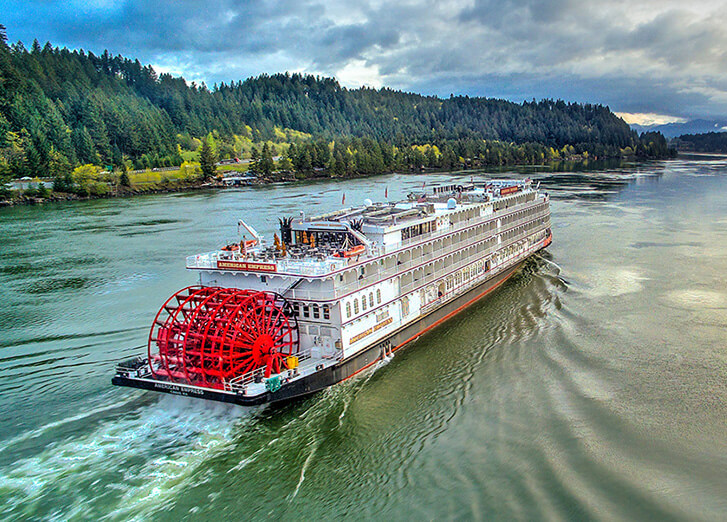 Columbia River cruises focus on the rugged beauty, history, culture and wildlife of the Pacific Northwest. Itineraries follow the waterway as it flows along the Washington/Oregon border, and riverboats veer north to sail a portion of the Snake River as well.

The Columbia River Gorge is a much-anticipated highlight, cutting a path through the Cascade Range that's 80 miles long and up to 4,000 feet deep. Sail through the locks of the Bonneville Dam, which has supplied hydroelectric power since the 1930s. There are many waterfalls in this area, and you'll get up-close looks at the most famous -- 620-foot-high Multnomah Falls on the Oregon side.

You can board covered jetboats for an exhilarating ride through Hells Canyon -- look for elk, bighorn sheep, mountain goats and ancient petroglyphs here. In Pendleton, Oregon, you can tour the underground tunnels dug between 1870 and 1930 that once housed illicit businesses. Learn about Native American cultures at Tamastslikt Cultural Institute, a living history village. You'll also visit sites associated with explorers Meriwether Lewis and William Clark, such as Fort Clatsop National Memorial, where they spent the winter of 1805-1806.

Columbia River cruises are particularly good values, because your stateroom, onboard meals and sightseeing are included in the rate that you pay upfront.