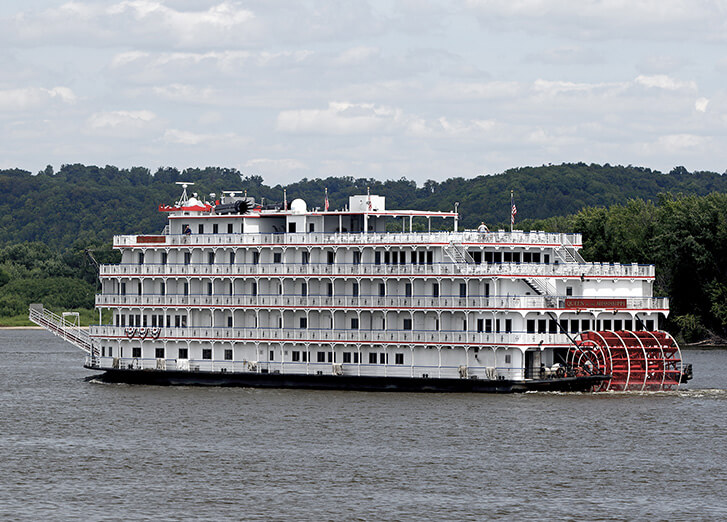 Explore America's true historic treasures on a cruise of the Mississippi River and its tributaries. This 2,320-mile waterway flows through 10 states, from northern Minnesota to the Gulf of Mexico. Its name comes from the Ojibwe word Misi-ziibi, meaning "Great River."

The Mississippi led explorers to new lands, and it served as an important lifeline for the transport of people and goods to the towns that rapidly grew along its banks. Centers of commerce and culture flourished along its main route and tributaries. Cities like St. Louis, Memphis, Vicksburg and New Orleans owe their existence to the Mississippi.

Step back to a time when life moved a little slower and riverboats slowly churned the waters. See Civil War battlefields, restored plantations, rolling farmland and picturesque riverfront towns filled with Victorian-era architecture. The region has a rich musical legacy as the birthplace of the blues, jazz and country music. It's been celebrated in literature, too, most notably by Mark Twain, who grew up in the port town of Hannibal, MO.

Sailings might spend time on the mighty Mississippi in addition to other waterways, like the Tennessee, Ohio, Illinois and Cumberland Rivers. Cruises are particularly good values, because your stateroom and onboard meals are included in a single rate that you pay upfront.