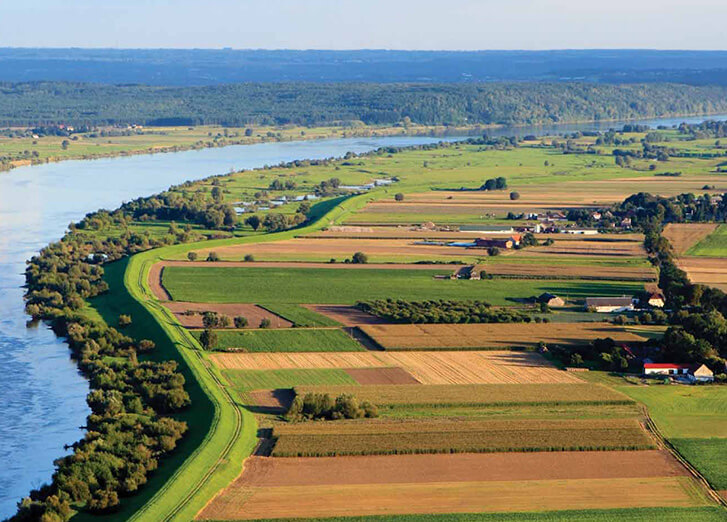 The French called the serene blue depths of the Ohio River "la belle riviere," the beautiful river. Thomas Jefferson agreed, describing it as "the most beautiful river on earth" and citing "its current gentle, waters clear, and bosom smooth and unbroken by rocks and rapids..." Explore this waterway yourself aboard a river cruise.

The 981-mile-long river passes through or borders six states on its way into Cairo, IL, where it joins the mighty Mississippi. In the late 1700s, the westward-flowing waterway became the main route for pioneers and settlers heading west from Pennsylvania, and numerous cities like Cincinnati and Pittsburgh cropped up along the riverbanks.

Often, cruises spend time on the Mississippi and Tennessee Rivers, taking you past the famous Gateway Arch in St. Louis. Visit historic Louisville, KY, where the river is at its widest and deepest, and float along calm waters past farmlands, waterfront parks, railroad tracks and bluffs on your way to sites like the Floodwall Mural of Portsmouth, OH, or historic Cape Girardeau, MO, once a French trading post.

These trips are especially good values, because your stateroom, onboard meals and some sightseeing are included in a single upfront rate.