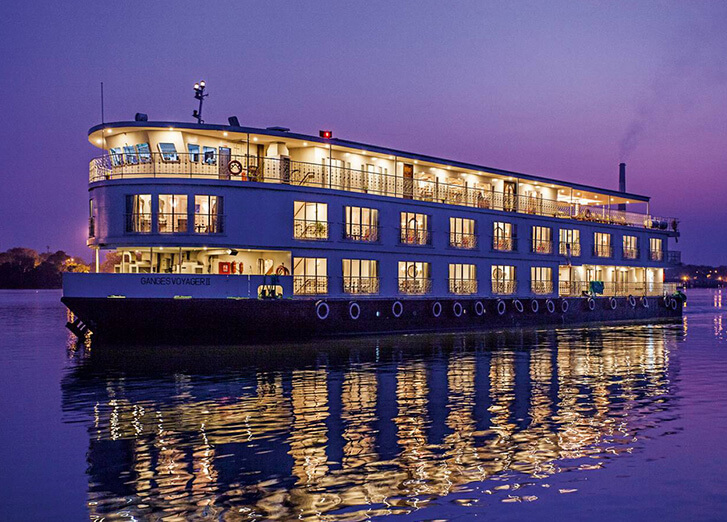 Experience India's colorful culture and exotic treasures on a Ganges River cruise. Flowing from the Himalayas down to the Bay of Bengal, the sacred river is revered as a goddess among Hindus and serves as a lifeline to the millions of Indians who live along its course.

Cruises on the Ganges River typically are part of a longer itinerary that includes hotel stays and sightseeing in India's Golden Triangle. Discover bustling Delhi, India's capital and third-largest city; Agra, home to the magnificent Taj Mahal; and the Pink City of Jaipur, Rajasthan's capital filled with lively bazaars, fortresses and palaces.

You might stop in British colonial Kolkata, or Calcutta, and see Mother Teresa's home and tomb or view the enormous Vedic temple built by Hare Krishnas in Mayapur. Kalna is home to more than 100 temples devoted to the Hindu god of Shiva, while Hazarduari Palace is famous for its 1,000 doors and fine collection of antiques. And as you sail along the Ganges, you may be treated to surprising wildlife encounters with freshwater dolphins, parrots and more.

India is one of the world's oldest civilizations. You'll gain a deeper understanding of the country's complex history as guides in each destination share their expert knowledge and point out important sights. These vacations are easy to budget, too, as so much is included in the upfront price -- riverboat accommodations, hotel stays, many meals and activities ashore.