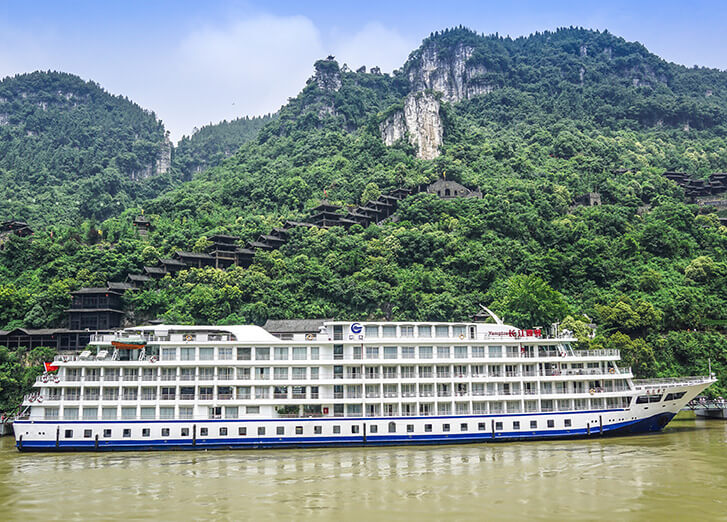 See China's famous sights on a cruise of the Yangtze River, which flows for nearly 4,000 miles across the country. Sailings typically travel between Beijing and Shanghai and include hotel stays in both cities.

Guided group sightseeing excursions in Beijing takes you to the 15th-century Forbidden City and to enormous Tiananmen Square. Top attractions in Shanghai include the waterfront Bund district and tranquil Yuyuan Garden. You can enjoy an operatic performance in Beijing and an acrobatic demonstration in Shanghai.

You'll also travel to a segment of the Great Wall, and to Xian to see the famous army of life-size terra-cotta warriors that once guarded the tomb of an emperor. Some itineraries stop at Suzhou, called the "Venice of the East" due to its network of canals, and at Wuhan to see the ancient artifacts of the Hubei Provincial Museum.

View the mist-shrouded limestone precipices known as the Three Gorges and the Three Gorges Dam, which spans nearly a mile and stands 600 feet tall. Another noteworthy sight is Shibaozhai, home to a 12-story red pagoda perched on a cliff above the river.

You'll gain a deeper understanding of China's culture, history and people on your cruise, as guides in each destination share their expert knowledge and point out significant sights. Your hotel and riverboat accommodations, many meals and sightseeing excursions are covered in one rate paid in advance.